An Education Shibir was organized at Sri. Lakshmi Venkatesha Temple Hall, Kanjangad, on Sunday, 31st Aug 2014 from 10 am to 5 pm.
After the lamp lighting and samooha prarthana, The President of Sri.Sudheendra Seva Mandal, Kanjangad , Sri. Sai Ramesh welcomed the Vice President and General Secretary of the Maha Sabha and Sri (Colonel) Ashok Kini and all the samajbandhavas who came to conduct the classess in the shibir and other participants.

General Secretary of the Maha sabha gave a short explanation on the purpose of the activities of the Maha sabha and the Education Shibir.
Col. Ashok Kini, Delhi, Sri.B.Vasantha Shenoy, Managing Trustee, Sri.L.V.Temple and Vice President of the Maha Sabha, and Sri. Sreedhara Kammath, a Senior social worker,   addressed the audience. Col Ashok Kini assured his presence with lot of experiences in his career and life shared with the students. His bold expressions and confidential words on sharing the experience was very attractive and impressed the gathering a lot. He influenced his thoughts to keep the moral values of our cultural heritage, and stressed on Guru & Daiva bhakthi. He informed the students to keep National feelings in heart and be a true and sincere citizen of India.

Sri. Narasimha Acharya ,Alappuzha conducted a class on “Culture – Fact and Practice”. The class was very informative. Sri.Acharya gave a clear picture of GSB history through Powerpoint presentation. He convinced the participants the need of personality development and interpreted same on the basis of our scriptures. The class was well attended by the participants.

Sri. Dinesh R. Kamath,Alappuzha gave the participants information on Tips from Bhagavad Geetha to improve life. The class gave a new out look on Bhagavath Geetha in a modern approach and will be very useful for students, in their practical life.
After the Vote of thanks by Sri.Sai Ramesh The Shibir concluded at 5.15 pm with Mangala Prarthana.

In spite of heavy rain 27 students and 15 seniors participated in the shibir. The special taste of lunch and tea & snacks of Northern part of Kerala was a unique attraction to keep up the energy level of participants. At the end of the day, students openly expressed their experience of the day with lot of innovative thoughts and crave for such classes in future also. 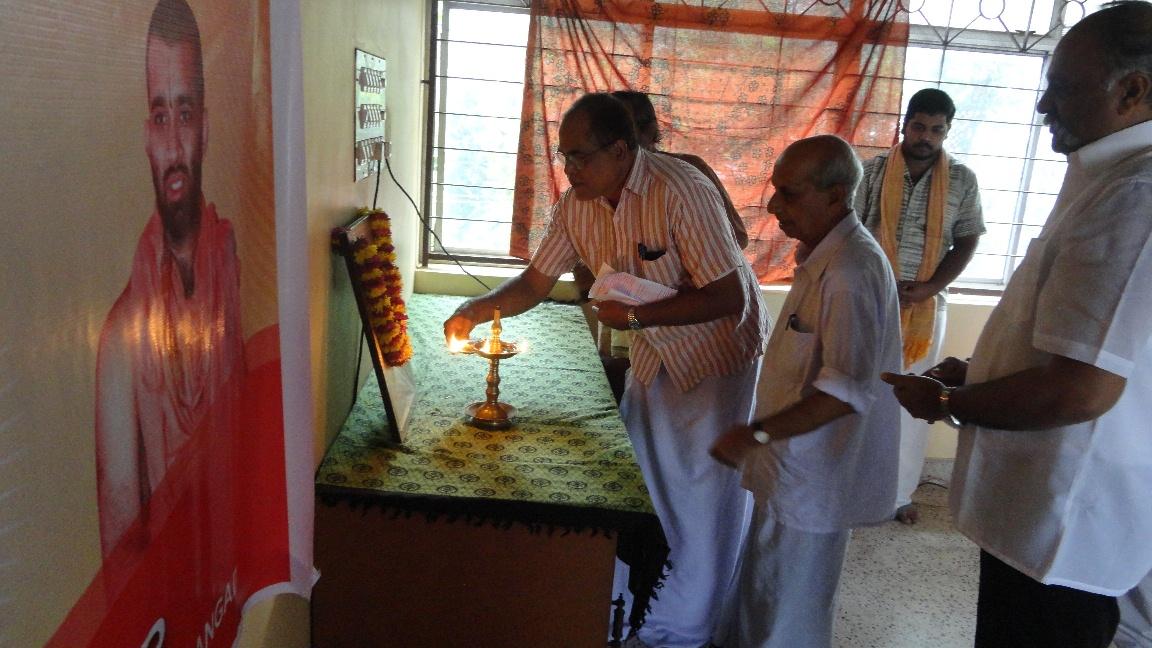 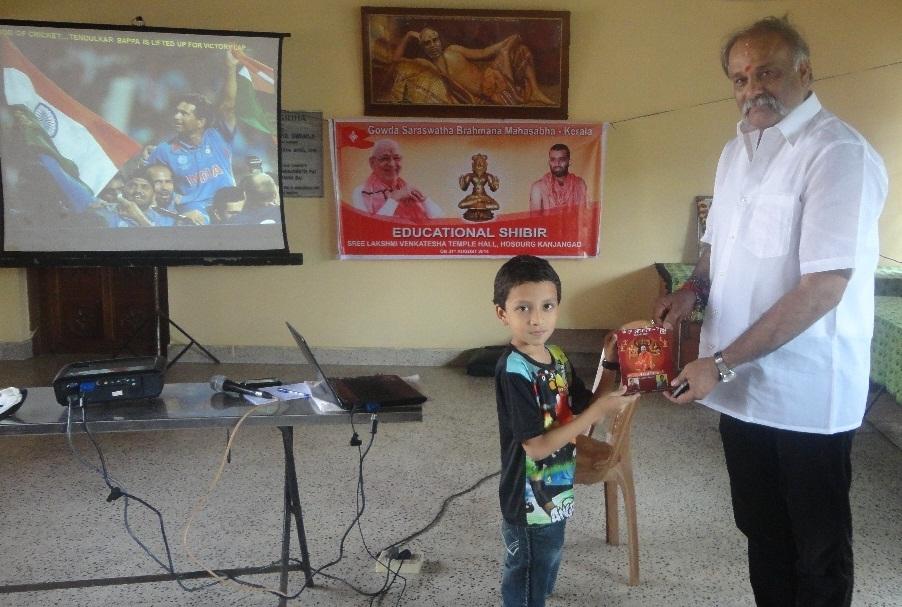 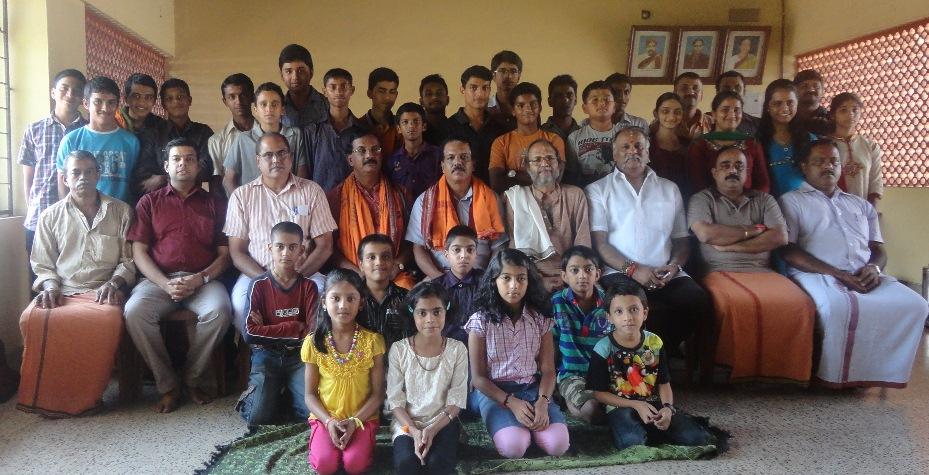